When we first came up with the idea of putting on a trail run we quickly put a website together, made up a few trails in the woods then opened up for entry . To our surprise entries started to trickle in and by the time our first run took place in August 2016 we had 240 runners booked in, 130 in the 10km and 110 in the Half Marathon.

Since then we have grown in popularity and we now have to cap entries to our events. The rise in entries and popularity of our events mean we’re likely to be doing this for a few more years to come. Knowing this means we can afford to invest in equipment, materials etc that would be expensive for a single event, but justifiable when we’re intending to use them over a number of years.

Once such investment was the lit signs in this years Night Nobbler. We decided to make the woods a bit more interesting by creating and installing some motivational messages as well as a massive wolf head.

Now, you cant just go on ebay and buy a 4ft illuminated wolf head, you have to make them yourself. Making a 4ft wolf head is tricky so we sought out some expert help. There is a charity organisation in Pembroke Dock called FabLab. FabLab can give you free access to loads of kit! Such as 3d Printers, Laser cutters etc and amongst the wealth of gadgetry they have is a CNC cutting milling router that can cut 4ft X 8ft bits of ply. Perfect. We hooked up with the people at Pembrokeshire CNC at FabLab.

We sent over our wolf logo file and it was converted into a cutting file. We included the lettering for the other light signs in the cut too. We sourced some sustainable Plyboard and took it down to FabLab and they worked their magic… 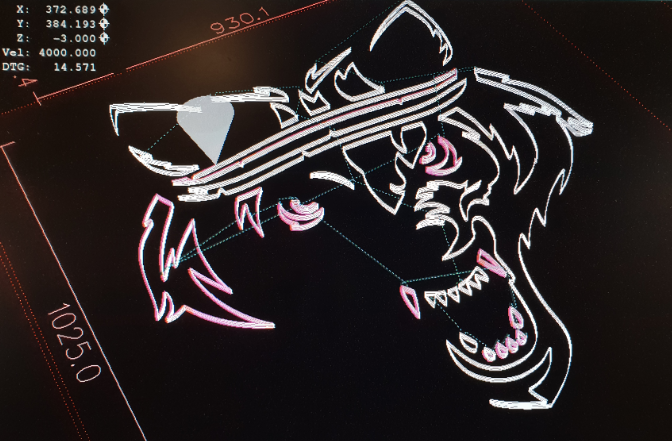 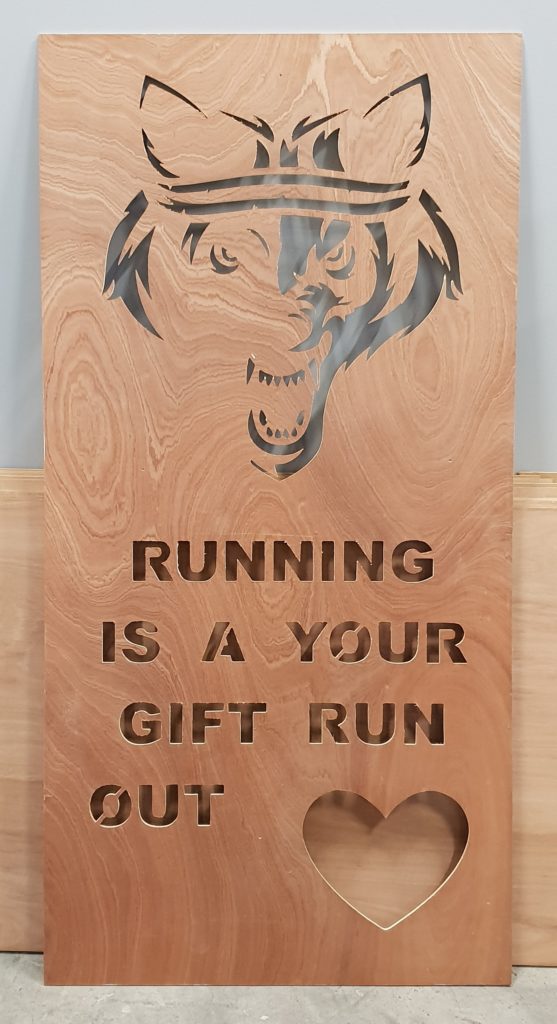 We picked up the cut out ply and then then painted it black and added some light diffusing perspex behind it. Here it is the shed… 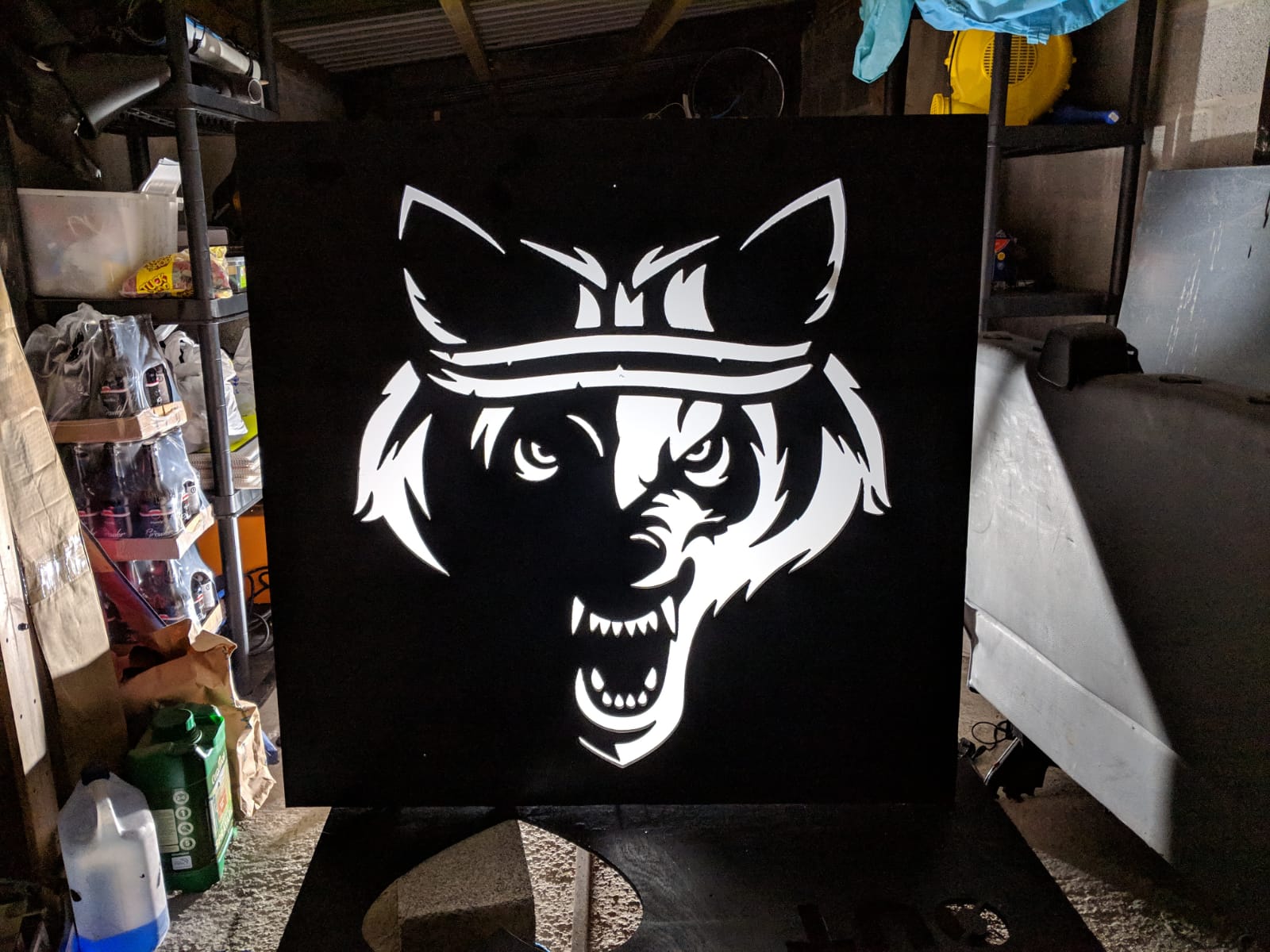 Here is the wording in the woods. The ‘RUN YOUR ♥ OUT’ was in a different location.

Just a quick note about your trophies too. We wanted to move away from the crappy plastic ones that nobody really likes. They’re awful looking, made from an unsustainable material and expensive. Again, looking at the long term we decided to invest in some kit to make them in-house. We bought a laser etcher! It came from China and was very cheap…  because it came with no software and arrived in 143 pieces. A week later after lots of Googling we had a working etcher. We did lots of tests on some cheap pine before sourcing some Pembrokeshire OAK. 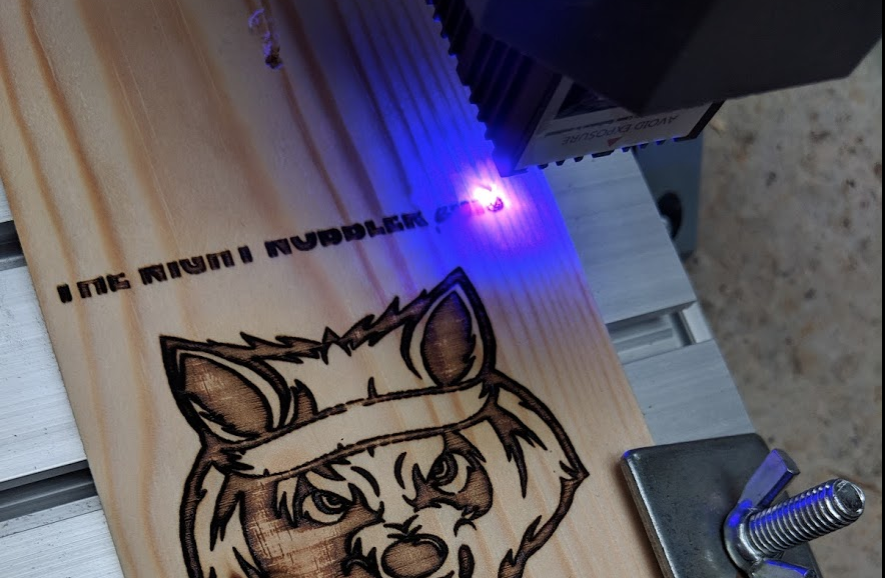 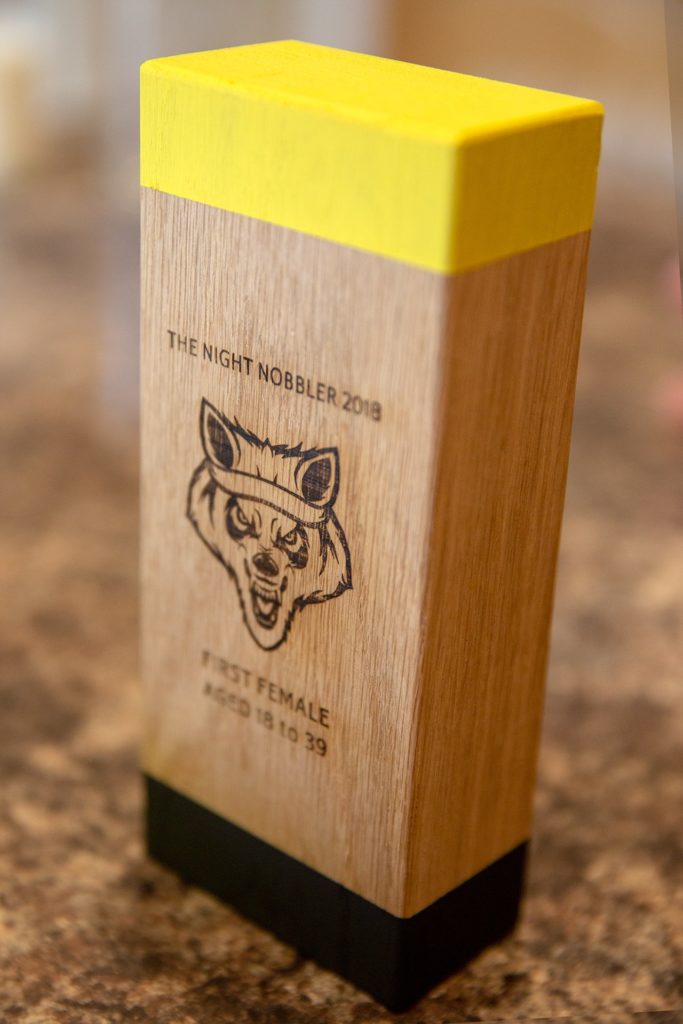 This year we used compostable cups made from recycled paper in our water and beer stops, as well as for the hot drinks at the start/finish area. We also used a special reflective material for marking the route. The material is reusable and has been stored for use next year. 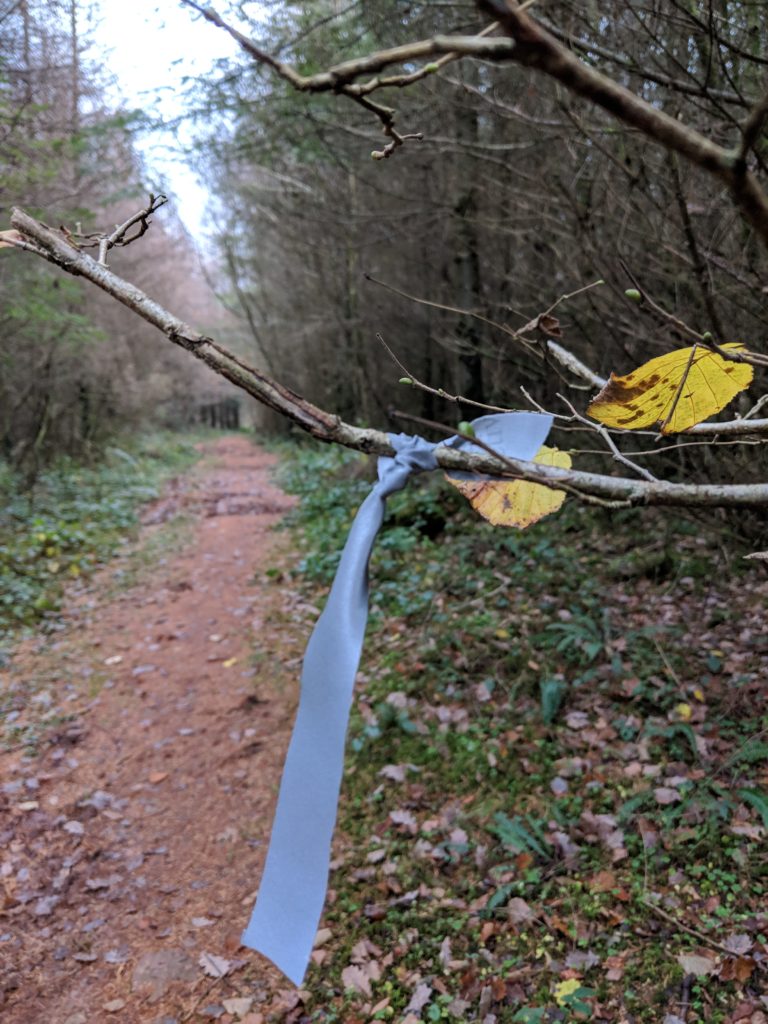 For information on post entries please view this page. We offer special concession rates for students and senior citizens.

If you want to raise money for our charities or your own, you can download a sponsor form here.